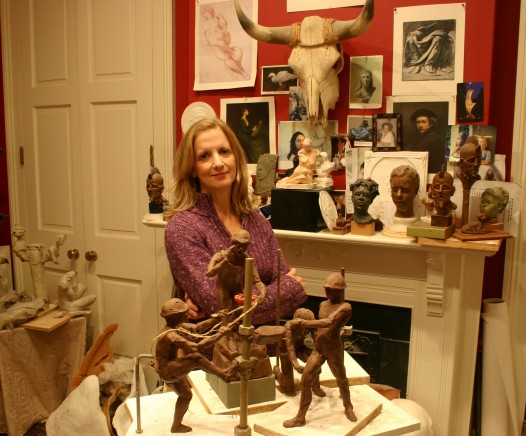 It took five years to begin construction of the September 11 memorial in New York City, and another five to open its doors. Seven years after the fall of Saigon in 1982, the Vietnam Veterans Memorial was completed.

It has been seven years since Hurricane Katrina, and two since the turquoise waters of the Gulf of Mexico were stained black by plumes of oil from the BP spill. Eleven men were killed in the latter incident; our wildlife and coast were devastated; burping balls of sludge rolled onto our beaches; and generations of fishermen families saw their livelihoods ruined.

Isn’t that worthy of some kind of commemoration?

Billy Nungesser, president of Plaquemines Parish, thought so. He had in mind a monumental bronze sculpture, with sculptor Kim Bernadas as the artist to create the memorial.

Kim has been through several successful incarnations: hairdresser, ballet teacher, and physical therapist. But the moment she stepped into her first sculpture class 20 years ago at The New Orleans Academy of Fine Arts on Magazine Street, her thumping little heart said, “This is it.”

She now teaches at the Academy, and you can see her lyrical sculpture, Birth of a Muse, commissioned by the city of New Orleans as part of the Percent for Arts Program at Coliseum Square, at the corner of Terpsichore and Prytania.

Nungesser’s concept of a bigger-than-lifesize bronze would be both heavy and expensive. With the nearest foundry in Houston, shipping costs would be a major expense, to say nothing of the cost to install the piece using cranes and earth movers. As usual, money has been the stumbling block. BP will pay restitution to the governments of the Gulf Coast, including Plaquemines … some day.

In the interim, Billy ran for Lieutenant Governor and Hurricane Issac stopped by for a visit. So for now … we wait.

Meantime, things are marinating in the artist’s brain. Kim is an eternal optimist.

“The delay has given me more time to think about the concept,” she says. “I’d like to add wildlife and the names of the men around the base.”

In spite of the solemn nature of the memorial, Kim’s envisioned sculpture radiates joyfulness. 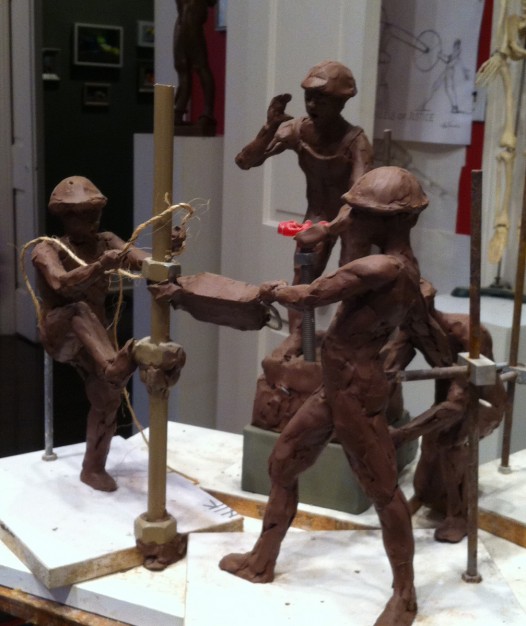 So does the memorial have to be in Plaquemines? After all, five of the men who perished were from Louisiana, three from Mississippi, and four from Texas. So the entire Gulf Coast bore the brunt of the injury.

Kim is a bit wistful as she says, “This memorial would be such a nice addition to Plaquemines, but it would also be a draw to Biloxi or Ocean Springs where there are always lots of visitors.”

Ever the optimist, Kim says there’s only one constant with the project: change. So perhaps the finances of Plaquemines will improve or a Gulf Coast Commission will form to fund this memorial. Or maybe you know a benevolent sort who would like to polish their image — in bronze.